Sales Enquiry
View on the Wall 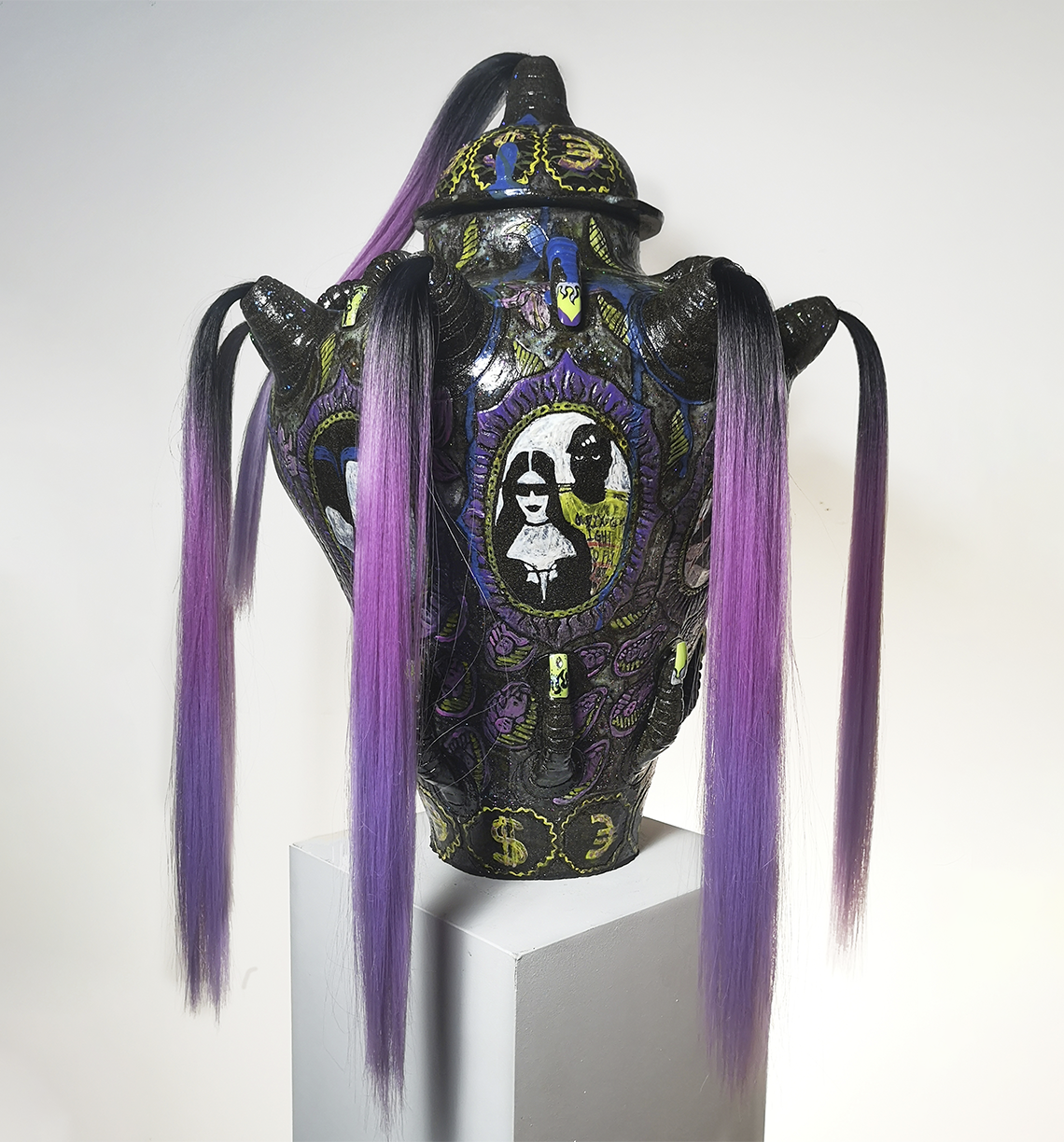 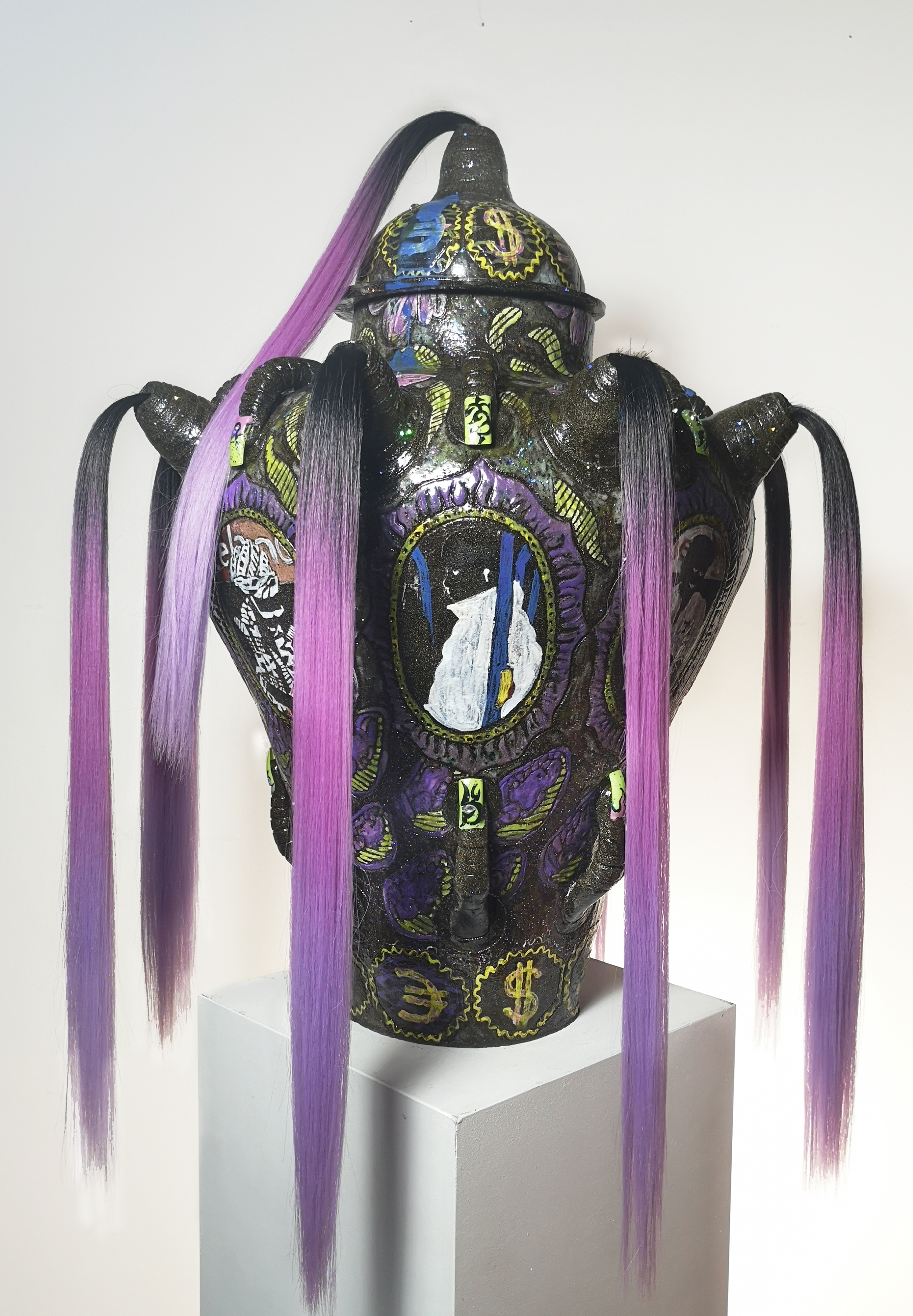 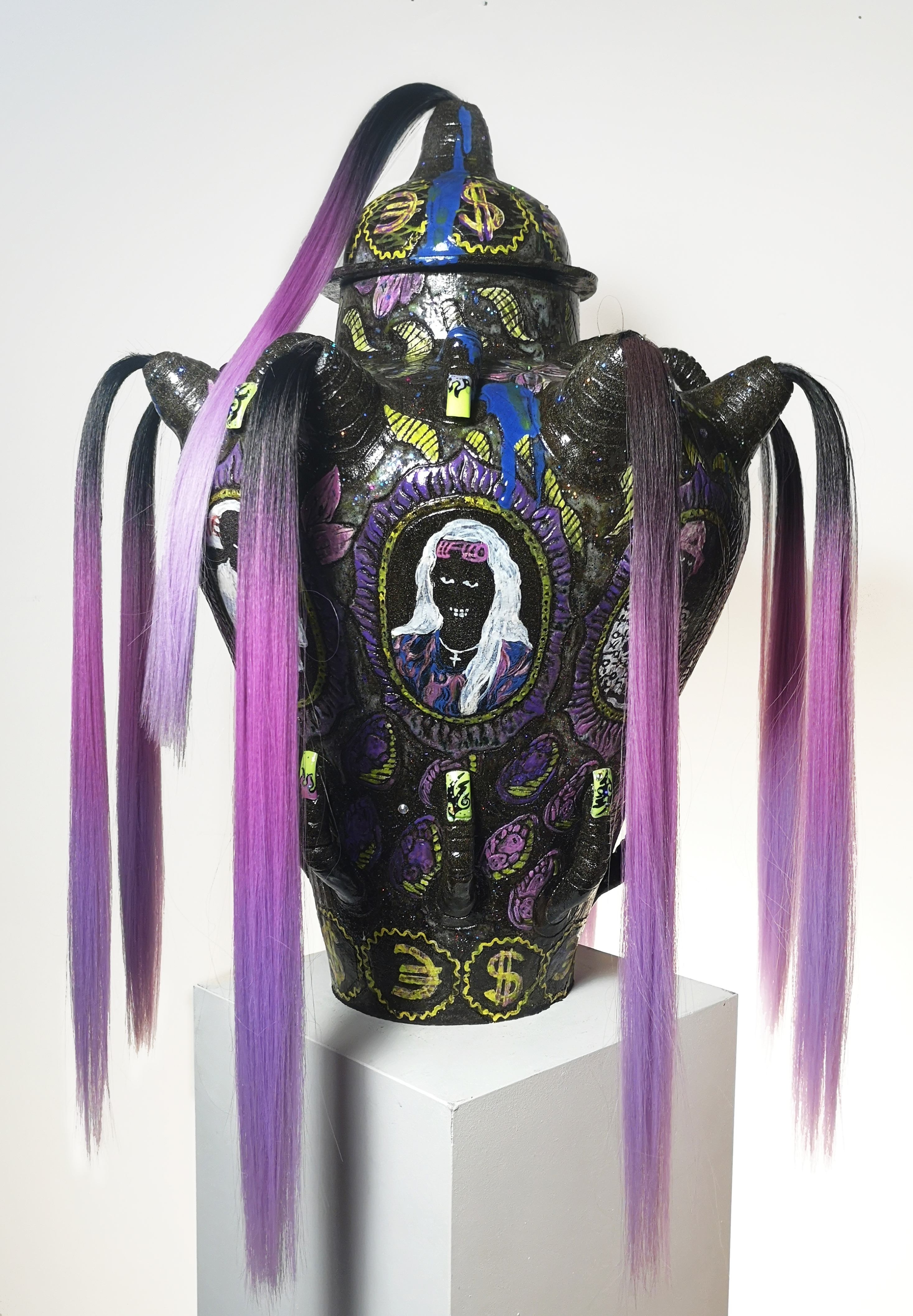 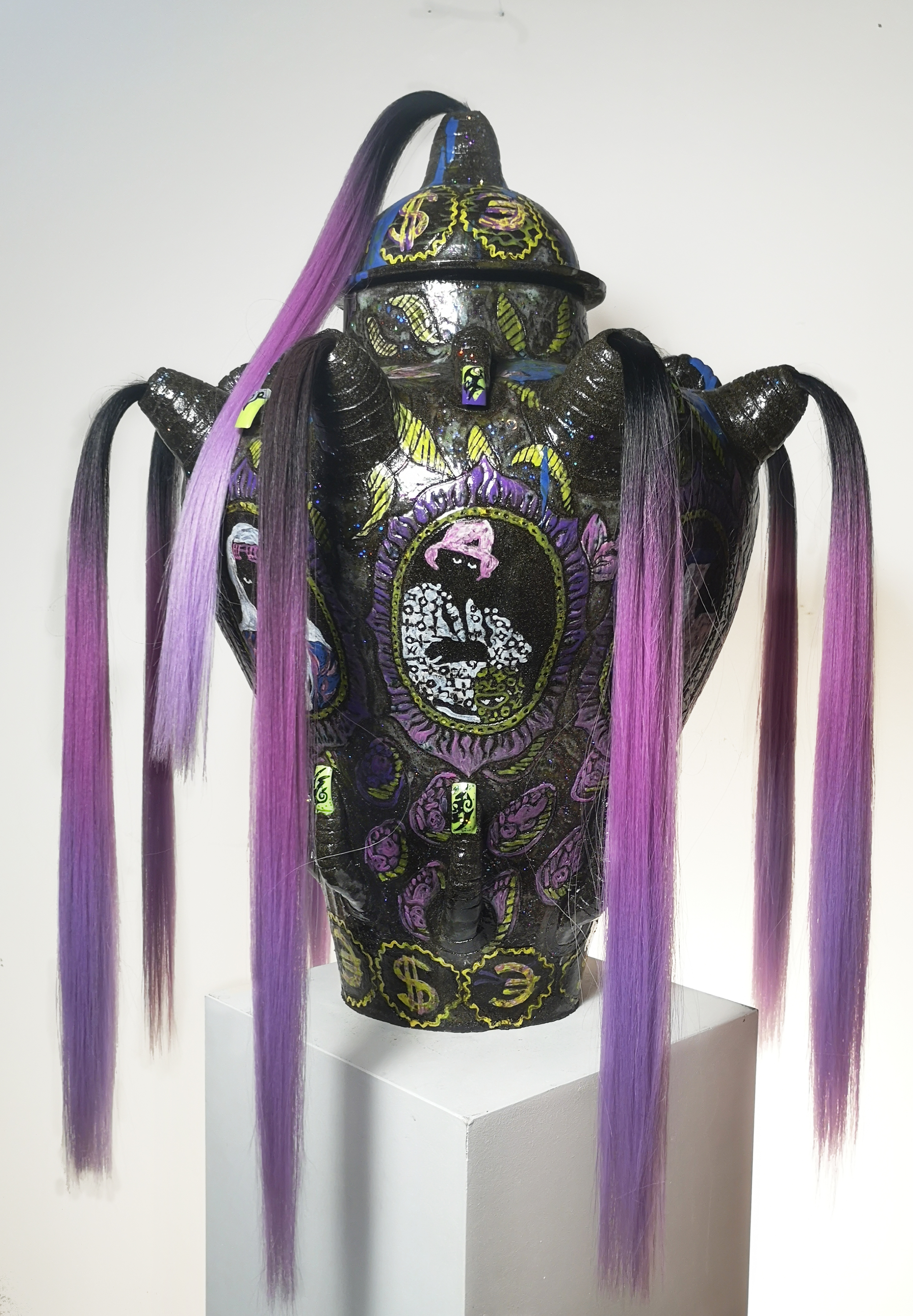 ‘’The Black Magic‘’, 2019 vase was born while I was living in Brixton, fascinated with the very strong identity, community and spirituality around me that was alien to me. It’s my tribute to the Afro-Caribbean culture I was witnessing as a kind of magic. For the vessel’s form itself, I referenced traditional African vases pots by The Igbo people of Nigeria in ceremonial and everyday contexts. I was also inspired by the skin scarification tradition, which can identify social, marriage status, tribal and religious affiliation etc. hence using grooves and carving techniques on clay. I depicted people and patterns I saw in Brixton market, my neighbours and teenagers’ media culture icons like Kim Kardashian and Kanye West. For my materials, I used black body clay, purple and hair extensions and acrylic nails from Brixton village. The colour purple is of symbolic significance in Black culture and icons such as Prince. In traditional African Art and folk Art in particular, purple is a regal colour associated with royalty, luxury, wisdom and passion. Purple textiles are often worn by women, and so it also has a connection to femininity. The iconography and visual language merges motifs from popular culture with elements of ritual, spirituality and voodoo.